We recently received an archaeological archive from the University of Leicester Archaeological Services excavations at Rothley Lodge Farm, a spectacular later Neolithic site from the time Stonehenge was first being constructed. 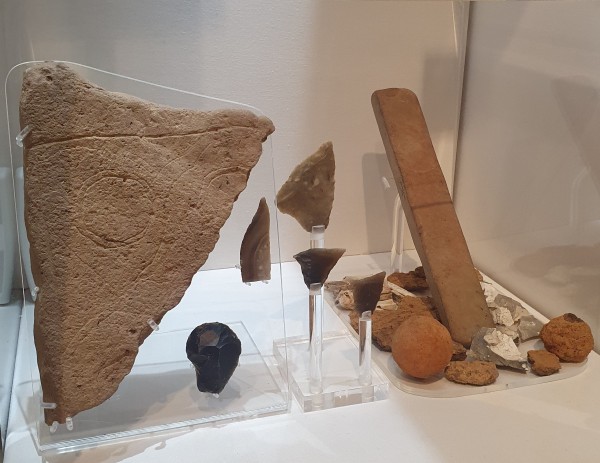 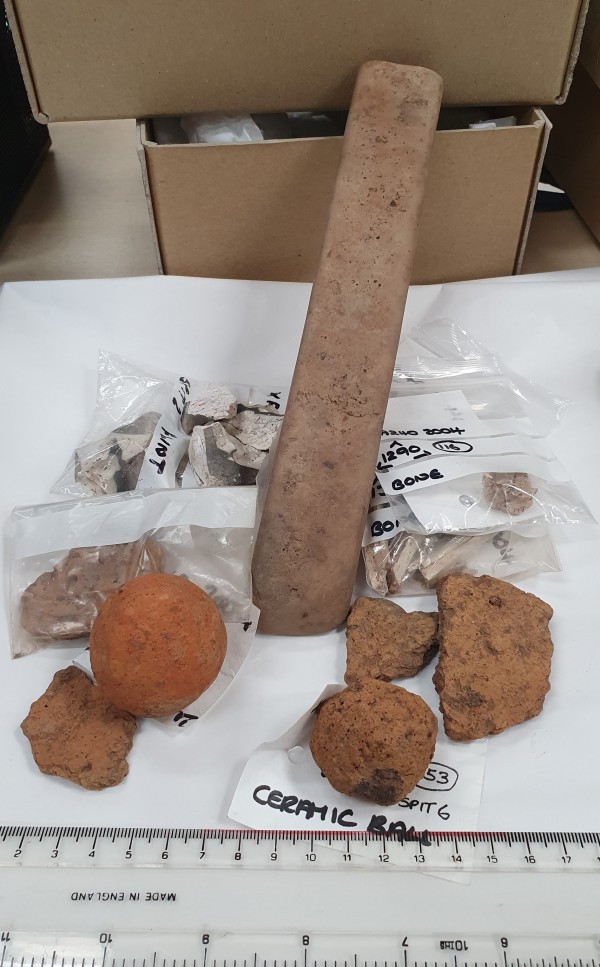 'Fertility symbol'. We wanted to convey the array of deliberately destroyed objects that were buried together in a pit alongside the stone rubber and clay spheres. A small selection of objects was selected and laid out, trying not to get them mixed up! 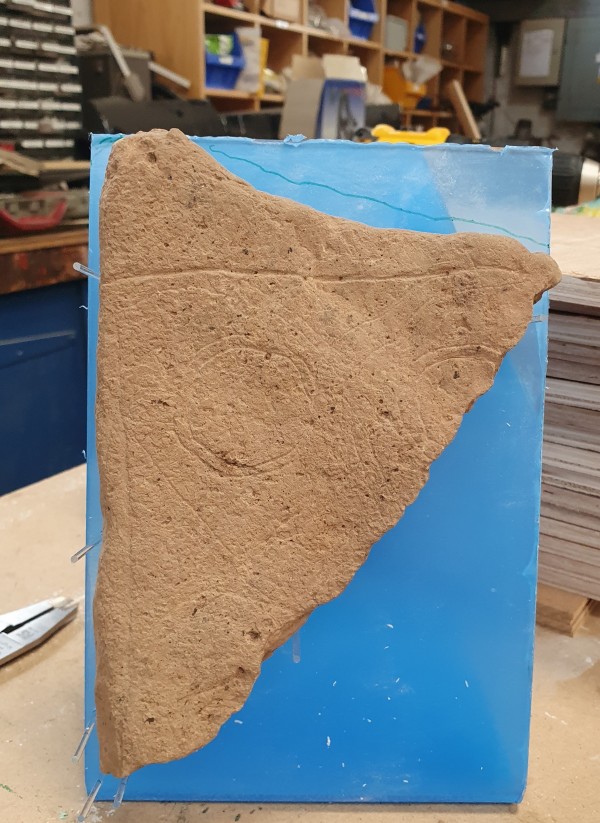 Rothley 'Face' Plaque during mount creation. Silicone covered acrylic rods were carefully positioned into an acrylic backing to support the plaque in an ‘upright’ position to enable visitors to see the ‘face’ at the best angle.

Finely crafted flint tools such as arrowheads, scrapers, knives, polished stone axes and beautifully decorated handmade pottery were intentionally deposited at the site between 3,600 BC – 2,300 BC along with more enigmatic objects, the rarest of all being an engraved sandstone plaque.

The Rothley ‘Face’ Plaque is incomplete having been broken in antiquity, but enough survives to suggest that the original design would have been symmetrical and may be described as a stylised face set within a rectangular frame. The design is reminiscent of geometrical motifs found on contemporary Grooved Ware pottery and earlier megalithic tombs. Such figurative abstract Neolithic art is rare but occurs on artefacts such as the Folkton chalk drums from Yorkshire and the Knowth ceremonial flint mace head from the Boyne valley in Ireland. The people who visited the Soar valley and deposited these finds were clearly plugged into the cultural and social networks of the time existing across Britain and Ireland.

In order to display the plaque at the correct angle we needed to create a bespoke mount so the task was given to our Technical Officer, David. A flint scraper and serrated blade were supported with tiny rods onto the same mount to make the most of the available space.

How to display the ‘fertility symbol’?! The rubber was intentionally buried at a 45-degree angle, probably to convey potency and virility so we made sure the mount supported the shaft at exactly the angle that it was found by the archaeologists. We admit there were a few giggles during this process!

The display can be seen at Charnwood Museum, Loughborough.

Information on the plaque kindly provided by Lynden P Cooper and taken from the archaeological archive produced by University of Leicester Archaeological Services.