While some toys and games change little over time, new materials and technology have brought new ways to play. 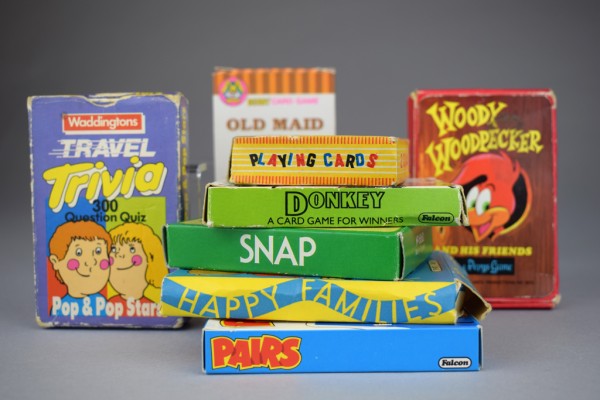 Snap!
Original card games were hand painted, making them a luxury product available only to the very wealthy, but by the mid 20th century, with the help of better and cheaper printing and manufacturing techniques they were the staple entertainment for long car journeys, holidays and those rainy days during the school holidays. 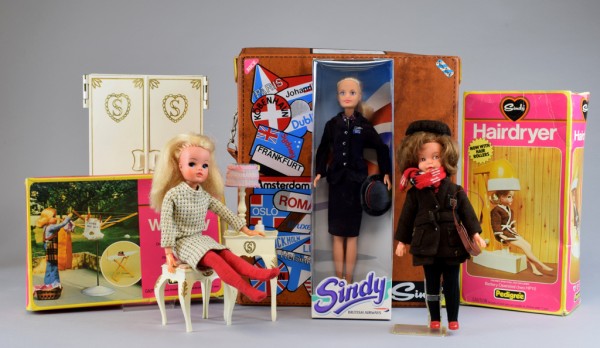 'When I Grow Up, I Want to Be.......'
Sindy was the British rival to 'Barbie', created by Pedigree Dolls and Toys and launched in 1963. Designed as 'the girl next door' she became the most popular British fashion doll. Sindy's wholesome look and range of fashions and accessories appealed to thousands of little girls as they organised her wardrobe, styled her hair or dreamt of flying the world with British Airways. 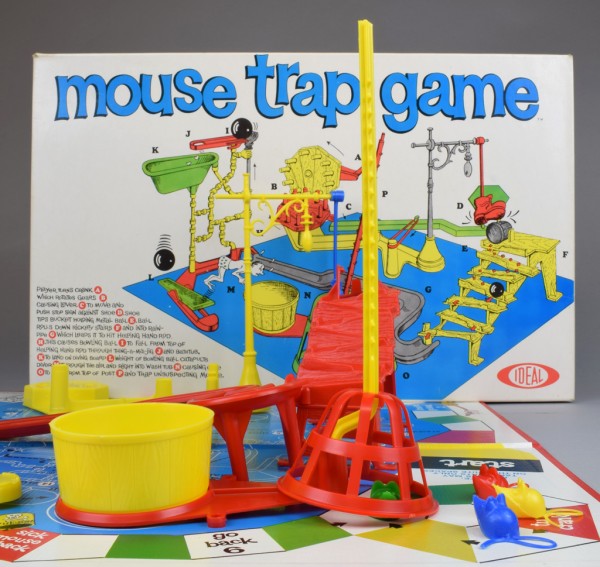 The ‘Mouse Trap Game’ was one of the first three dimensional board games to entertain us and was originally designed in 1963 by the American toy designer Marvin Glass and produced by Ideal.
There have been a few alterations and additions to the game over the years but this fiddly and often frustrating game still remains a family favourite.
Ideal toy company also produced the incredibly tricksome Rubik’s Cube so they obviously like to challenge their users! 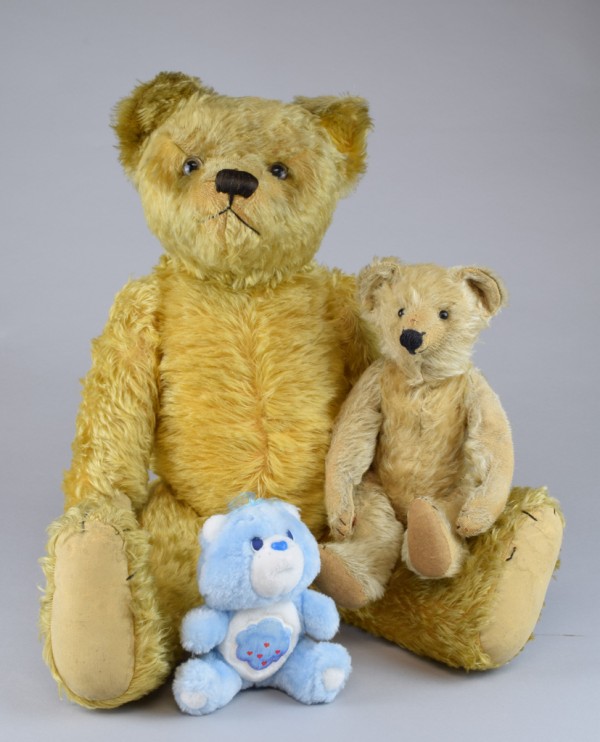 Every child's best friend, someone to cuddle and fall asleep with, the teddy bear has to be the most well-loved children's toy of the last 70 years.
The teddy is named after President Theodore Roosevelt of the USA. They were developed in the early 20th century by Steiff in Germany and Morris Michtom in the USA and have been faithful friends and companions to many since then.
The Ironbridge based soft toy manufacturer 'Merrythought' first presented a toy corgi to the Queen in 1952 and have created teddy bears for each royal generation since. They have designed a new bear for the Queen's jubilee, taking inspiration from her favourite outfits and colours.
The cute and cuddly 'Care Bears' were designed and made by Pailtoy in the 1980s and were based on the bears originally used on American greeting cards painted by artist Elena Kucharik. They came in different colours with names like Cheer Bear, Tenderheart Bear and Good Luck Bear. The blue bear in the picture is Grumpy Bear. 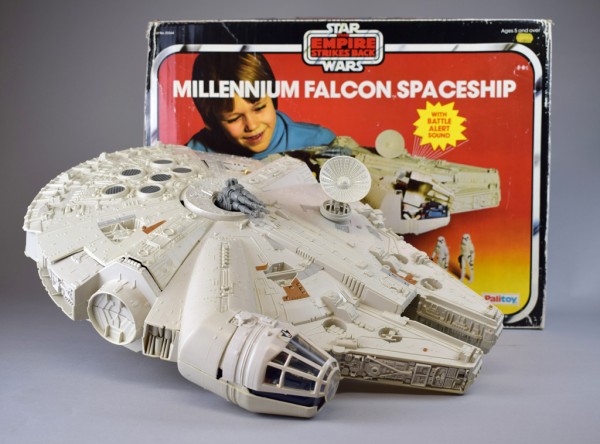 ‘A long time ago in a galaxy far, far away…’
1977 saw the release of George Lucas’s blockbuster film ‘Star Wars’. Set in the 33rd century this exciting and ground breaking film, filled with special effects, exceeded all expectations of the production company with record breaking profits and is regarded as one of cinemas all-time greats. With the enormous success of the film came the demand for merchandise and Leicestershire based toy company ‘Palitoy’ secured the production rights for the toys which included the Millennium Falcon in 1979. The Millennium Falcon spaceship captured the imagination and excited cinema goers with its hyperdrive, allowing it to travel at the speed of light. The toy version became a popular choice and featured highly on Christmas lists that year requiring Palitoy employees to work overtime in order to meet the demand.

Action Man, first produced by Palitoy, based in Coalville, Leicestershire in 1966 when it won the Toy of the Year Award. Many boys and girls over the years have played at being soldiers, footballers and even arctic explorers, all made real with Action Man and his many accessories and not forgetting 'man's best friend'.
Action Man remains one of the most popular and well-known brands that Palitoy produced.

View more images in the gallery